Moles are benign skin lesions which varies from dark brown to black in color. The medical term for mole is melanocytic naevi. The cause for this is melanocytes a type of skin cells which produce pigment sometimes grow in clusters rather than distributed uniformly across the skin.

This happens due to hormonal changes which take place during teenage, pregnancy or exposure to sunlight. They may appear in different forms and colors in different people. Moles are found to reduce when one reaches the age of forty. There are some home remedies for getting rid of moles and a few are listed below. 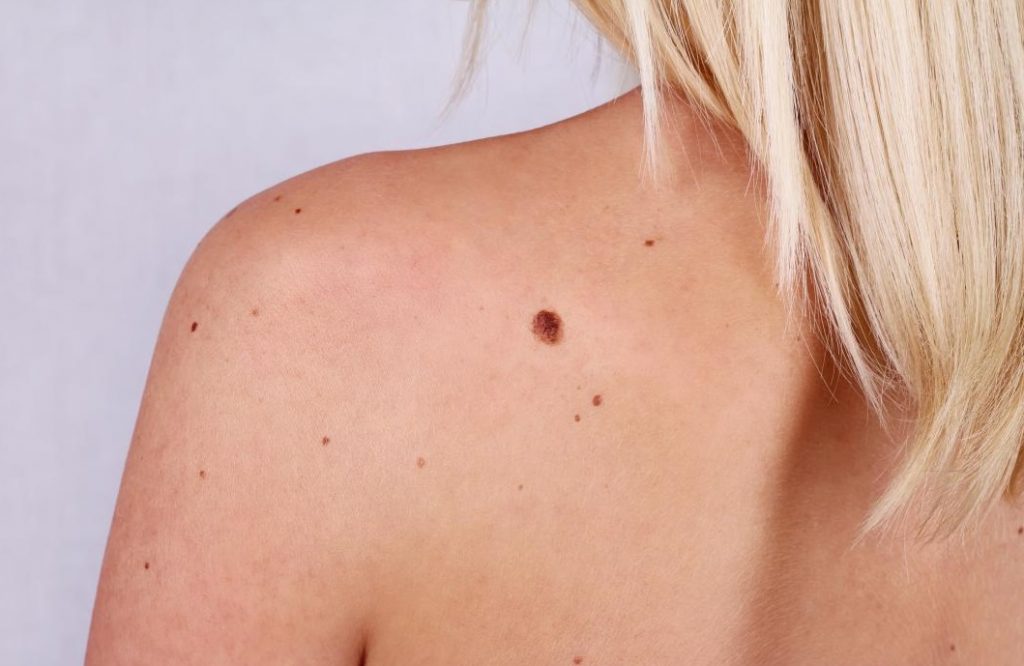 Aloe vera is an effective home remedy in lightening the skin and removing the moles. Aloe vera being mild is also suitable for sensitive skin. Apply freshly extracted aloe vera gel to the moles and cover them with a bandage to protect from dust and dirt. Allow it to sit for about four hours so that it can be absorbed completely. Do this twice a day for a month. You will find the moles disappearing.

The acidic properties of onion juice help it to get rid of moles and improve uniformity of the skin tone. Apply freshly extracted juice from onions to the affected area with a swab. Allow it to sit for half an hour to one hour and wash it. Do this three times a day. You will find the mole will gradually start fading.

Castor oil can help to remove moles. Place a cotton ball soaked in castor oil one the mole and secure it in place with bandage or a tape. Leave it overnight and wash it off the next morning. Weaker moles will start disappearing within three or four applications. Larger ones may take longer. Castor oil does not leave any scars.

Banana peels have proved to be a very effective  natural remedy in removing moles. Take a piece of banana peel and place it on the mole so that the inside of the peel is in contact with the mole and the yellow part is facing outward. Tape it in position and keep it there for an hour or two. Do this every day and you will notice the mole paling and finally gone.

Garlic has certain enzymes which help in restricting the mole causing cell structures and help to get rid of moles. Just cut a garlic clove and place the cut face of the clove on the mole. Tape it in place and leave it overnight. You will see the moles vanishing in a few weeks. This natural home remedy may not be suitable for people with sensitive skin as garlic may burn their skin.

Tea tree oil is known to be effective for natural treatment of some types of moles. The antibacterial properties of tea tree oil help protect the area from secondary infections. Apply tea tree oil to the mole and cover with tape or bandage. Clean it after an hour. Repeat twice daily for about a month. Some may be allergic to tea tree oil and therefore one must be cautious before using this natural remedy.

Apple cider vinegar is acidic in nature and this helps in removing moles by burning them slowly. It also protects against infections because of its antibacterial properties. Dip a piece of cotton in apple cider vinegar and place it on the affected area. Place gauze on it and tape it in position. Take if off after an hour. Do it for about ten days to get rid of moles. Avoid this treatment if you have a delicate skin or are allergic to apple cider vinegar.

Potatoes are also one of the best natural home remedies in getting rid of moles. Cut a small potato into half and rub the freshly cut surface of the potato on the mole. Do it twice a day till you remove moles. Alternately you can slice a potato and place the freshly cut potato slice on the mole. Secure it in place with a bandage or a tape. Leave it till the potato slice decomposes. You will know once the mole has shrunk.

Mash a pineapple and grape fruit together and make a smooth paste. Apply this paste to the mole about three times a day. The enzymes present in both the fruits will help to break down the moles and getting rid of them.