Should You Give Your Cat Catnip?

Should you give your cat catnip? Catnip effects different cats in different ways. While some cats have fun while playing with catnip-filled toys, other cats may become aggressive after using catnap, and other cats may have no reaction to catnip at all. Because different cats react to catnip differently, it is best to know as much about catnip as possible. Once you read this article, you can better-decide if catnip is right for your cat or not. 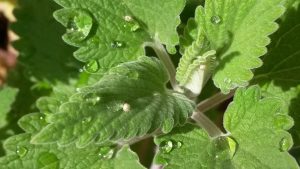 Catnip is a natural herb. Its scientific name is Nepeta cataria. It is related to mint plants. However, mint plants are not likely to make cats react in the same way. This is because catnip contains a unique natural chemical compound called nepetalactone. Some say that this chemical gives off the same effect that marijuana has on people, making your cat “high”.  However, so long as you don’t give your cat catnip too often (no more than once a day) it is not likely to have any negative effects.

How do Cats React to Catnip?

Young kittens are not likely to react to catnip at all. This is just because the natural chemicals in the catnip don’t affect very young kittens. It is best to wait until your cat is around three months old to give them catnip to see if it affects them. When giving catnip to kittens, give them less than you would give a full-grown cat. 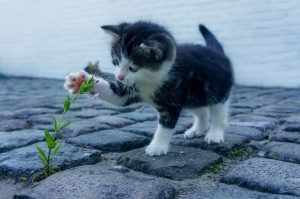 As mentioned early, only about half of all cats will have a reaction to catnip. Cats who react to catnip can react to it in different ways. This depends both on the individual cat, and the part of the catnip plant they have, and whether they sniff or eat it.

Sniffing catnip gives off less of a sense of a “high” than eating catnip will do. Because of this, cats that sniff, but don’t eat catnip, will have less of an effect. Mostly, cats become playful when they use catnip. They are likely to roll around, play-hunt, or run around like crazy! It can be pretty fun to watch, but the effects don’t last forever. A usual bout of catnip will only last for ten to fifteen minutes. After that, your cat is likely to take a long nap.

Like kittens, senior cats are less likely to be sensitive to catnip than adult cats. Senior cats are much like senior people; over time, they become less sensitive in all of their senses, including their senses of taste and smell. Because of this, there is probably no point in giving a senior cat catnip, as they are not likely to react to it.

How Often Should Your Give Your Cat Catnip?

While it may be funny to give your cat catnip to see them get “high,” it’s not a great idea to do it all of the time. This can make them sick or immune to the effects of catnip. To begin, it is best to give your cat a pinch or two of catnip at a time. Make sure to give less catnip to a kitten than you would give to a full-grown cat. 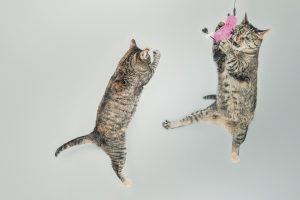 Catnip can be stuffed in toys to make cats more playful

While it is technically possible for cats to overdose on catnip, it is not likely they will do this. Most cats know better. If they begin to feel sick, they will stop eating/sniffing catnip. However, the tell-tale signs of overdose are easily recognizable and mild.

Some side effects of overdosing of catnip include vomiting and diarrhea. If this happens to your cat, simply put the catnip away and have your cat wait it out. The symptoms will likely pass on their own. If they do not, it is likely that something else is wrong with your cat. Seek medical attention. If the symptoms do clear up on their own, then you can begin giving your cat catnip again in a couple of days.

Overall, catnip affects different cats in different ways. While some cats will go bonkers over catnip, other cats may get nothing from it. So long as your cat does not become agitated or sick after using catnip, then there should be no problem with giving your cat catnip every day or so. Have fun playing with your cat!

To learn more about home remedies for pets, click here. 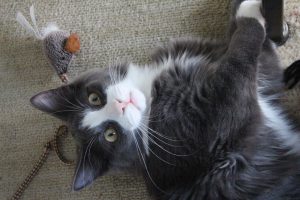 Catnip can make playing with cats more fun! Just don’t over do it!