St. John’s Wort is a flower which is known to grow across the world on several different continents including Europe, North and South America, and Eastern Asia. It’s a yellow flower with five petals, giving it a star-like shape. It can cause interference with other medications so it’s always wise to chat with your doctor before you start using it.

How Does St. John’s Wort Work?

It’s not obvious whether it’s the hypericin or the hyperforin contained within St. John’s wort which gives it its positive effects. Both chemicals work in the same way, by affecting the parts of your nervous system that send messages to and from the brain and regulate mood.

Taking extracts of St. John’s wort orally is often used to help combat depression. In fact, studies have shown that 28% of people studied found St. John’s Wort was as effective at treating depression as antidepressant drugs.

Unlike many anti-depressant medications, people also found that St. John’s Wort created fewer side effects as well. It works by delaying the reuptake of the hormone serotonin. It also has an effect on hormones like dopamine and norepinephrine, which have all been linked to depressive symptoms. 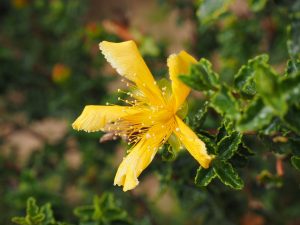 Orally taking an extract of St. John’s Wort is also really useful for tackling the hot flashes that often occur as part of menopause. Because of the chemicals within St. John’s wort that helps manage depression, it’s also great for managing mood swings. It’s great for regulating hormonal activity which means it’s really helpful for minimizing the symptoms of menopause.

Some ointments containing St. John’s wort are often used to help speed up the healing of open wounds. It’s usually recommended that these ointments are used three times a day for six weeks, or until the wound has healed. The properties of St. John’s wort mean that it helps reduce redness and inflammation whilst also lowering the risk of infection.

A further benefit of St. John’s wort’s anti-inflammatory qualities is its ability to help soften and reduce bruising. By improving the circulation of blood around the affected area, St. John’s wort ointments can seriously help in speeding up the reduction of bruises.

Bruises and scrapes aren’t the only things St. John’s wort can help heal. Because it can help increase the flow of blood to damaged areas of skin, cells are able to heal themselves and reproduce at a much faster rate. This is also likely to reduce the likelihood or visibility of any scars that occur as a result of minor burns.

Depression isn’t the only mental health condition that St. John’s wort can help to relieve. It’s ability to affect hormone uptake also makes it a great way to relieve anxiety. By reducing the uptake of stress hormones, St. John’s wort reduces the symptoms of chronic stress, helping you to feel calmer. It also helps to reduce fatigue, irritability, and other common symptoms of anxiety disorders. 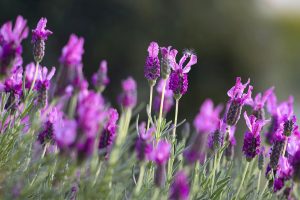 Seasonal Affective Disorder (SAD) is a condition whereby sufferers struggle with depressive symptoms during the darker months. The lack of sunlight can cause an imbalance in certain hormones which should help to lift and regulate mood. As a result, sufferers often feel low or depressed during winter months as the weather is darker and there’s less natural light. By helping to regulate hormone production and uptake, St. John’s Wort can help to manage your mood and help you to feel more energized and positive.

The way in which St. John’s wort helps to manage such a range of mental health conditions is one of its biggest health benefits. People who suffer from OCD often find the experience symptoms of anxiety when a particular routine or structure is not followed. By regulating your stress hormones St. John’s Wort helps to relieve these anxieties and keep you calm.

A little-known health benefit of St. John’s wort is its ability to calm the early symptoms of herpes and cold sores. This shouldn’t be surprising when we consider its ability to calm other skin related conditions and injuries. Its anti-inflammatory nature means that St. John’s Wort can help to reduce symptoms such as stinging or burning.

Another health benefit of St. John’s wort is its ability to aid your metabolism. A well-functioning metabolism is needed for weight and appetite management. By maintaining your metabolism St. John’s Wort makes it easier for you to lose weight, stay at a healthy weight, and ease digestion.

This is another health benefit of St. John’s wort that stems from its regulatory effects on your hormone levels. By regulating your hormones, St. John’s wort can help to control your internal body clock which makes it easier for you to fall asleep at night and stay asleep. This also helps you to feel more energized during the day and stay awake when you need to. 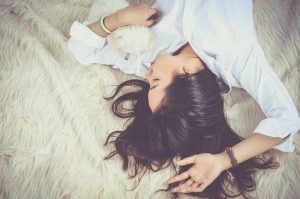 Try to sleep for around 8 hours a night; if you cannot sleep that long at night, take naps during the day

Again, this is due to the hormone regulating the ability of St. John’s wort. By reducing the number of hormones that are taken up by receptors in your brain

By delaying the reuptake of serotonin and dopamine, St. John’s wort works very well at reducing feelings of pre-menstrual stress. This also happens as a result of St. John’s wort’s ability to regulate your hormone levels.

St. John’s wort’s ability to help ease and prevent pregnancy-related hemorrhoids is most likely due to its anti-inflammatory properties. It also helps other stretched areas of the body, providing relief from the discomfort and strain.

If you’re suffering from arthritis you have even more to thank St. John’s wort for. It’s anti-inflammatory properties mean that it can calm swollen and aching joints. This can be a huge relief from the aches and discomfort that come with arthritis. It also has a high concentration of antioxidants which help with arthritis relief.

The anti-inflammatory abilities of St. John’s wort just keep on giving! This wonderful element of St. John’s Wort also helps to reduce the symptoms, pain, and discomfort of gout. 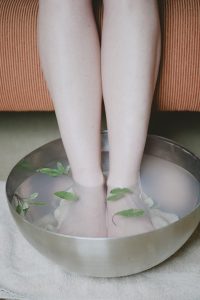 By reducing inflammation around the heart and cardiovascular system, St. John’s wort helps to reduce the pressure on your heart. This allows it to work fully and reduce the risk of heart attacks or strokes.

By reducing any inflammation, St. John’s wort reduces the pressure on your heart another way. It can also help to reduce your blood pressure, which will further reduce your risk of heart attack and stroke by reducing the stress placed on your heart.

St. John’s Wort has recently been found to be very helpful in helping addicts beat their cravings. Its calming properties help to relieve cravings and withdrawal symptoms after quitting smoking, drinking, or any other addiction.

Evidence suggests that St. John’s Wort may have an effect on fight viruses such as hepatitis and AIDs as well as other serious viral infections. However, quite high concentrations of St. John’s wort would be needed to have a noticeable antiviral effect and this could cause a number of side effects, so it’s best to consult your doctor before taking too much.

Research has recently identified a positive correlation between the treatment of leukemia with the use of St. John’s wort. The St. John’s Wort must be taken as a consistent supplement in order to be effective. As always it is important that you consult your doctor before relying on St. John’s wort.

As already mentioned, ointments containing extract of St. John’s wort can help with wound healing. As a result of this, they can reduce the level of scarring after operations such as cesarean births. This is largely due to their anti-inflammatory qualities. 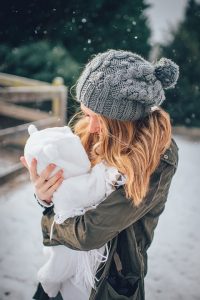 This can make recovering from giving birth a little easier