Since the medieval times, cinnamon has been used to treat coughs and the dry, hoarse throat that is often brought along with a cough. It is thought that the antioxidants in the cinnamon are what helps to soothe them. Drinking cinnamon tea is one of the best ways to treat a cough. 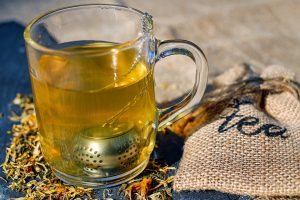 Cinnamon has shown to lessen the chances of heart disease. It also helps to further control the blood sugar levels of diabetics and raises good cholesterol and lowers the bad.

Cinnamon does not only help humans one this course, it can also help animals. Putting cinnamon in with your pet’s food can also lower their blood pressure which helps to lower the pet’s chance of heart disease. Talk to your veterinarian about how much cinnamon you should give your pets.

Cinnamon lessens the glucose amount in the bloodstream after eating. This is done by the digestive enzymes that slow the breaking down of carbs. By reducing the amount of glucose in the bloodstream, increases how much sugar is taken in by your cells. This can help to act as an insulin that is rather slow acting.

Cinnamon, as aforementioned, helps your body not to intake sugar into your bloodstream, but into your cells. Through this, cinnamon significantly lowers issues that people may have with insulin resistance.

Cinnamon makes motor function better, protects neurons, and get neurotransmitter levels to where they should be because of two compounds in the cinnamon. These compounds also stops the build-up of the protein tau. So this spice is gold for keeping Parkinson’s and Alzheimer’s at bay. 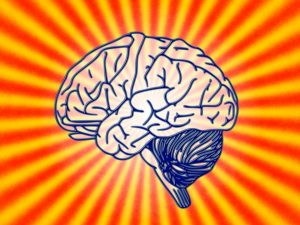 Cinnamon is a wonderful brain-food

Cinnamon has been used to detox enzymes in the colon, stomach, and lungs to stop more cancer growth. Cinnamon is used for stopping or slowing down other cancers as well. It is the extract from the cinnamon that slows cancer growth and leads to the death of cancer-causing cells and the spreading of thesecells.

Cinnamon has a powerful compound called cinnamaldehyde and it can battle infections. Because of cinnamaldehyde, cinnamon can get rid of bad breath, listeria, candida, respiratory tract infections, salmonella, tooth decay, and even HIV.

Flavonoids in cinnamon are good for soothing inflammation caused by cancers, autoimmune diseases, and skin infections or conditions. If you are having trouble with inflammation want relief, there is a drink you can make that should help you a bit.

You need a glass of water, an optional ‘dash’ of cayenne pepper, two tablespoons of apple cider vinegar, a tablespoon of cinnamon, and two tablespoons of lemon juice. If you want to, you can add stevia to sweeten things up a bit. Once you have all of these ingredients together, you stir them together and drink them.

With how cinnamon improves blood sugar, insulin intake, and cholesterol, it is also believed that cinnamon has the power to help you lose weight. Blood sugar, good cholesterol levels, and proper usage of insulin all contribute to having an easier time of getting to and staying at a healthy weight.

Since cinnamon is a spice, there are almost an infinite amount of ways to use it. People have put it in butternut squash, apple sauce, sweet potatoes, oatmeal, yogurt, or carrots. 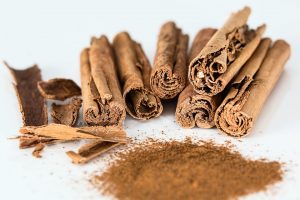 Cinnamon does not only help your respiratory tract if you eat it. It also helps if you breath it in like an essential oil diffuser. So to cinnamon for aromatherapy, you place a stick of cinnamon in a pot of boiling, keeping it on low heat all the while. This will help you to breathe easier as well as making your home smell fantastic without the light touch of chemicals you get from canned air fresheners.

Cinnamon contains antimicrobial and antibiotic components to keep skin rashes, irritations, allergic reactions, and infections at bay. To help with skin conditions, you can mix cinnamon and honey together and apply it to the affected area.

The honey combined with the cinnamon can tackle even more than just the cinnamon. Together they can go after skin allergies, acne, and rosacea, as well as the things mentioned the paragraph above.

Cinnamon, as aforementioned, can soothe inflammation. Because of it being able to soothe inflammation, cinnamon can also soothe allergic reactions and asthma attacks. If you use cinnamon as an essential oil, then then it can help to reduce how many food allergies you have or at least the effects they have on you, improve digestion, and even boost your immune system.

Taking cinnamon and peppermint in capsules can help to heal wounds while killing germs and biofilms. If you are not liking the idea of capsules, then you can also just eat the herb and spice and see if it helps you. 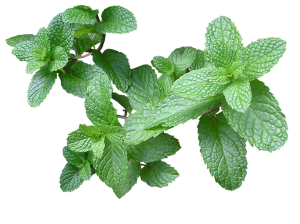 Metabolic disease can result in morbidity, death, dyslipidemia, and obesity. By adding cinnamon to your diet, you are letting the compounds that help to control diabetes into your system so that they can also battle the metabolic disease.

PCOS stands for Polycystic Ovarian Syndrome and can result in weight gain or obesity due to the trouble your body can have with insulin resistance. On this note, cinnamon helps women who have heavier period bleeding not to cramp or bleed as hard whether because that is just how your body usually works or you have uterine fibroids, endometriosis, or menorrhagia.

Cinnamon oil can be an ingredient in insect repellent for both adult mosquitoes and mosquito eggs. To make the repellent, you can can 24 drops of cinnamon oil (a fourth of a teaspoon) to four ounces of water and stir them together. You can make more than four ounces at a time, that is just the ratio. You can use the mixture on furniture, plants, skin, clothing, and just around your home as you feel you need it.

Too much of anything can always have side effects or do the exact opposite of what you want it to. Cinnamon, despite all of the good things in it, contains something called coumarin. Courmain, when eaten in large amounts, can actually lead to liver damage and toxicity. Courmain can even lead to an increased risk of a couple different cancers.

The cinnamaldehyde that was mentioned before can do harm when too much is eaten. When too much is consumed, it can actually cause mouth sores, white patches in the mouth, and swelling of the tongue and gums, along with burning sensations. Small amounts do not have this effect because the saliva helps to keep the chemical for being in your mouth long enough to do damage. 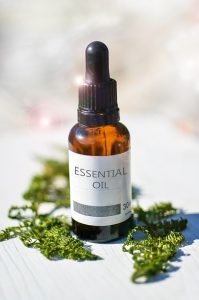 If you decide to use cinnamon essential oil, use less of it than you would of raw cinnamon, as it is much more powerful and concentrated

There are many more benefits to using cinnamon and there are disadvantages. So, will you begin to use cinnamon more? If so, comment below!